This phenomena is real. Let me explain. In the outback of Australia I lost my lap-top - worse than that - I left it in a donga! In a place called Quilpie. I hand’t realised this until I’d got to Windorah and crashed out in the Western Star Motel, over 5 hours up an unsealed road. I felt sick. My life is on that machine and it wasn’t backed up. (my life wasn't backed up?) Near to tears I asked the motel owner Marilyn, if we could ring the roadhouse that ran the donga. She got straight onto it and within five minutes, she was speaking to road-train drivers, bakers and DJ’s (seriously...DJ Duck) and had identified the whereabouts of my machine and a driver to bring it out. Within 10 hours, my laptop was back in my arms. Can you imagine if you lost your laptop in Manchester? It would never be seen again, yet here in a vast landscape with so few people (6 children at the school here) the bush-telegraph works, people go out of their way to help. So it was, I met up with Geoff in Birdsville, the guy who so kindly had driven my laptop out to me, without any fuss, just as a favour. Now that’s another story. 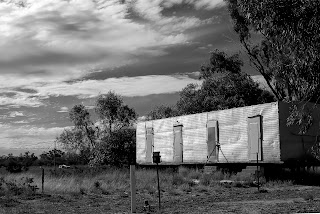 This week, the Arts and Health training I’ve been delivering in Lithuania with Socialiniai Meno Projektai comes to a close. My work has been part of a rolling programe of activity supported by the British Council and has seen the input of amongst others the Scottish Mental Health Arts & Film Festival, Pia Strandman, Jenny Elliot and Carmel Garvey. This Thursday I am thrilled to be speaking at the National Gallery of Lithuania. Following my presentation I’ll be joined for a discussion by participants in this years artists training: Eglė Gudonytė, Ulijona Odišarija, Gailė Prackūnaitė, Kunigunda Dineikaitė, Gretė Siliūnaitė, Kamilė Klevinskaitė, Rasa Baradinskienė, Gabrielė Ganžaitė. I very much look forward to meeting up with friends and colleagues again.
UIA Charitable Foundation
The UIA Charitable Foundation has announced that the next deadline for applying to its grants programme is the 31st December 2013. The Foundation is funded entirely by donations from UIA (Insurance) Limited, a mutual insurance company providing household insurance to trade union members, their families and other like-minded individuals.  Since inception the Foundation has made grants in excess of £450,000 to projects based in the UK and Internationally.  The aim of the charity is to support projects under two main categories. These are:
· The Community Support Programme
· The World Programme.
In both areas the Foundation will consider projects that empower individuals and communities to improve their lives and the prospects of the community.  The Foundation will not usually provide grants to organisations with a turnover of more than £500,000.  The Foundation's grants range in size from a few hundred pounds to £5,000 for individual donations but they will consider funding for development projects on their individual merit. However applicants will need to be clear about the specific amount required, the timescales for the achievement of objectives and how the project will be monitored and evaluated. Read more at:
http://www.uia.co.uk/About-Us/Charitable-foundation/ 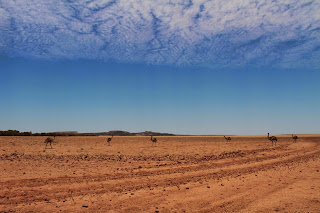 The Wellcome Trust – Broadcast Development Awards
The Wellcome Trust's Broadcast Development Awards(BDA) support the development of broadcast proposals in any genre that engage the audience with issues around biomedical science in an innovative, entertaining and accessible way. The Trust are interested in funding individuals and organisations with brilliant early-stage ideas for TV, radio, new media or gaming projects. The funding will enable these ideas to be developed into high-impact, well-researched proposals that can be used to secure a broadcast platform and/or further funding. Development funds might be used to undertake thorough research, create a taster tape, develop a script, or build a game prototype or mood reel. The project should primarily be aimed at a mainstream UK and/or Republic of Ireland audience in the first instance, although the subject matter can be international. Broadcast Development Awards are up to £10 000, for a maximum of one year. The next closing date for applications is the 24th January 2014. Read more at: http://www.wellcome.ac.uk/Funding/Public-engagement/Funding-schemes/Broadcast-games-and-film-awards/Development-Awards/index.htm
Until very soon...C.P.
.
Posted by Unknown at 11:09 AM